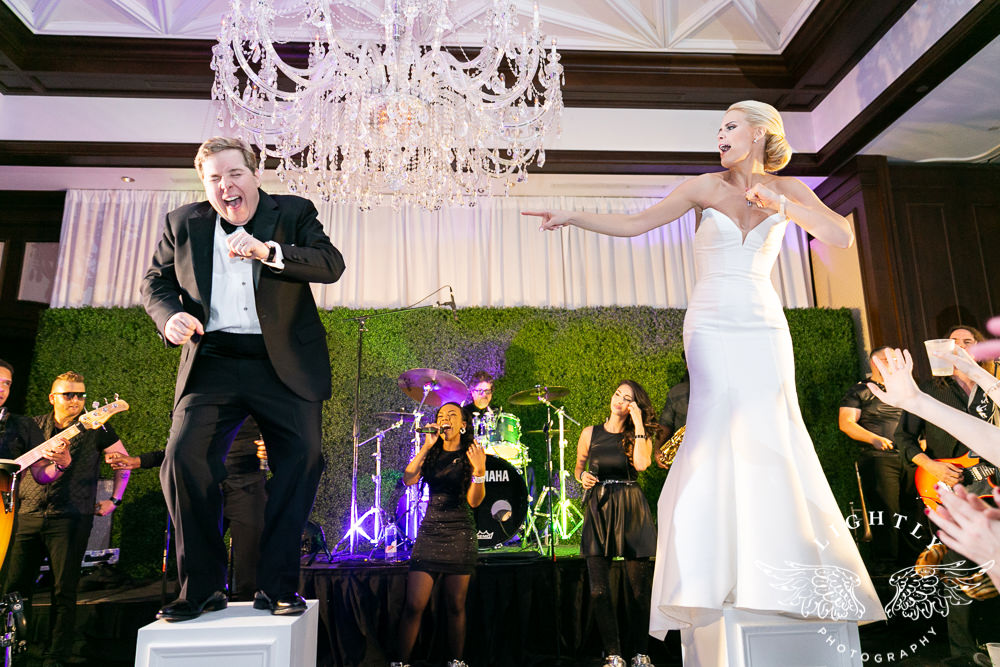 Honestly, I am still sad that this wedding is over. We had such a fun time celebrating Michaelann and Steven and I don’t think anyone really wanted it to end! From the warm candlelight lighting and southern charm feeling of magnolia leaves on the tables to rocking it out on stage with our favorite people in the Downtown Fever Band, everything was absolutely magical! Michaelann and Steven sure did have a blast out there on that dance floor and especially getting up on stage! They even had their own little college rivalry between the two of them go down during “Sweet Home Alabama” since Michaelann went to Auburn and Steven went to Alabama. They busted out their team flags and everything! I love when my couples can incorporate something meaningful to them during their receptions! These two partied so hard, they were constantly up on stage just like they were one of the band members. It was awesome! Not only do the awesome members of Downtown Fever know how to put on a show, Michaelann and Steven sure knew how to party and dance with the best of them. I loved getting to witness the love between these two and having the chance to celebrate their big day with them! Congratulations to Michaelann and Steven!

Every season is engagement season, and we are here

Wondering if you should schedule a bridal session

Who's got that "walking on sunshine" feeling? ⁠

We sure are looking forward to the weekend around