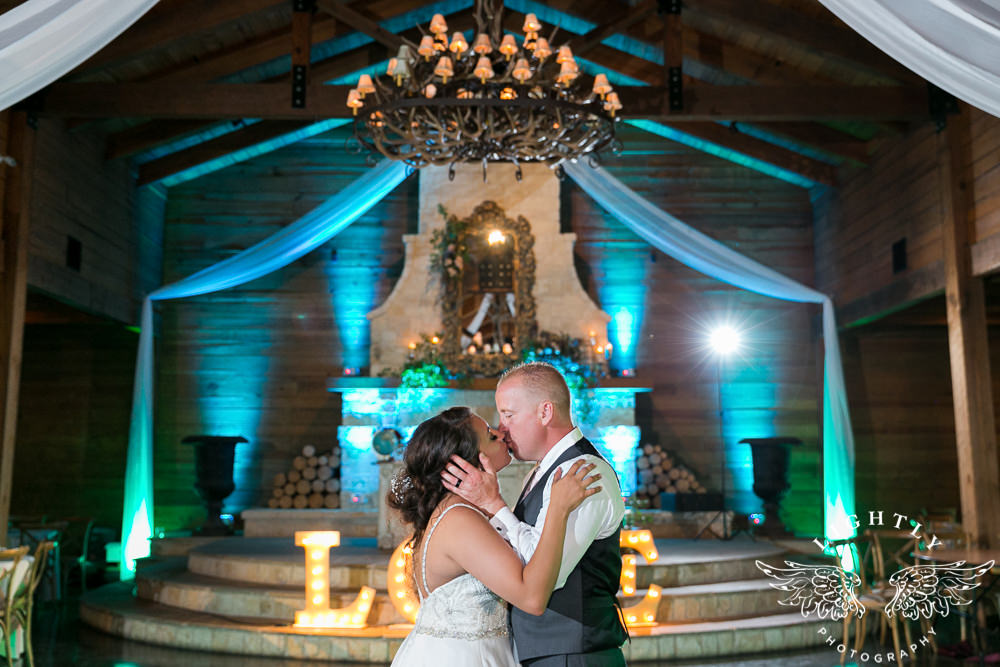 While the wedding party was out finishing up photos, the guests had the pleasure of enjoying cocktail hour and listening to the mariachi band!  The mariachi definitely helped set the tone of the evening and it was just a giant party from the beginning.  Everyone enjoyed watching Jesseca and Brent play the newlywed game and listening to the heartfelt toasts given by the best man and maid of honor.  They were even given a big laugh when the story of Brent wearing white gym socks to his sister’s wedding was told and when his brother exposed his own white gym socks to pay tribute to Brent.  The rest of the evening was spent out on a very crowded dance floor!  I think it’s safe to say that nobody really wanted the night to end, but at the end of the night Jesseca and Brent were able to share one last dance together and soak up the day in the empty reception space before being sent off on their honeymoon.  Congratulations to Jesseca and Brent!

You will spend so much time choosing wedding detai

After the vows, before the party, there are a few

When we're not at weddings, you can often catch us

As we head into the weekend, we're feeling thankfu