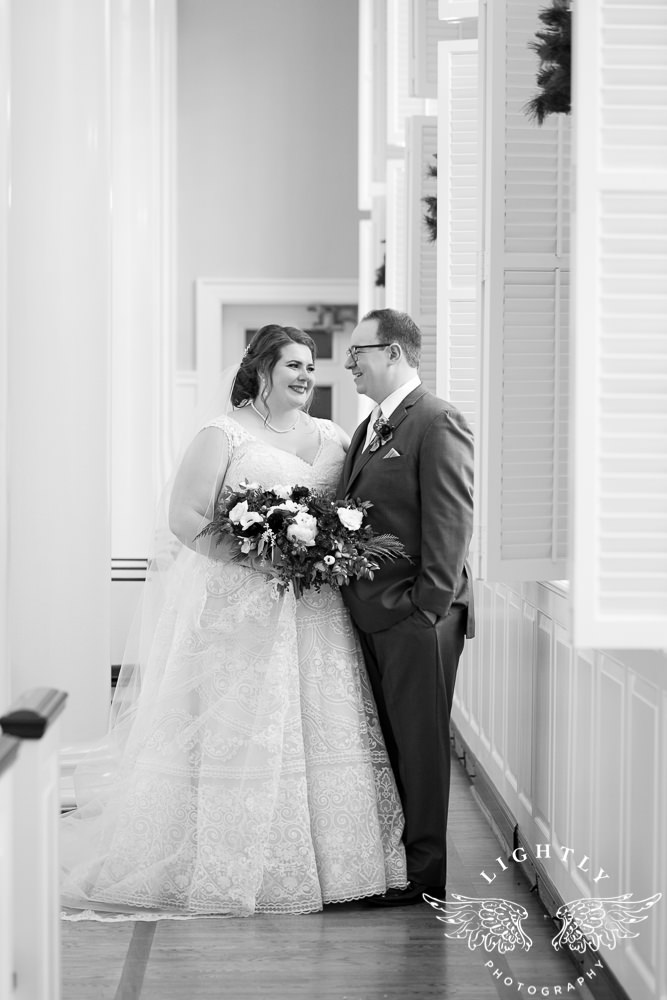 Sarah and Nick are married!!  These two TCU alums were married right before Christmas at Robert Carr Chapel on TCU’s campus.  They met at school, in the marching band.  Their story is super cute, considering Sarah did not like Nick in the beginning as they were competing for 1st part in the clarinet section.

“Nick and I met in the marching band at TCU in the summer of 2011. While I didn’t like Nick at first, we ran in the same circle of friends and ended up living in the same dorm (Carter Hall) Sophomore year. When I started liking Nick (as more than a friend), I started “studying” in the study lounge on his floor, as it was right next to his room, so I knew whenever he walked by, he would see me and come in. We started playing board games, staying up late talking, and one thing led to another! We started dating 4/14/2013 and have been blissfully in love ever since!”

They spent the morning of their wedding getting ready at Brik, where the reception would be held later that evening.  We arrived at TCU, where it all began, and waited for the ceremony to begin!  Sarah’s sweet grandmothers were the flower girls and were so cute as they excitedly tossed petals along the aisle.  Then it was finally Sarah’s turn.  As the doors opened and all of the guests rose from their seats, Nick had tears streaming down his face seeing his bride for the first time.  Sarah’s dad gave her away, and she and Nick stood hand in hand while everyone sang “Hark! The Herald Angels Sing” before they began their vows.  Both Sarah and Nick were overcome with emotion while reciting their vows to one another.  You could really feel the love between the two of them throughout the whole ceremony.  They lit their unity candle and were pronounced husband and wife!  What a joyous day it was and it’s not over yet!  Check back for photos from their holiday reception!

You know that urge to flood people's feeds with yo

Wedding day tip? ⁠ ⁠ Take time to be together,

We're over here giddy that it's PSL season, and th

One of our favorite non-traditional wedding moment

Is it Sweater Weather yet? Not asking for a friend