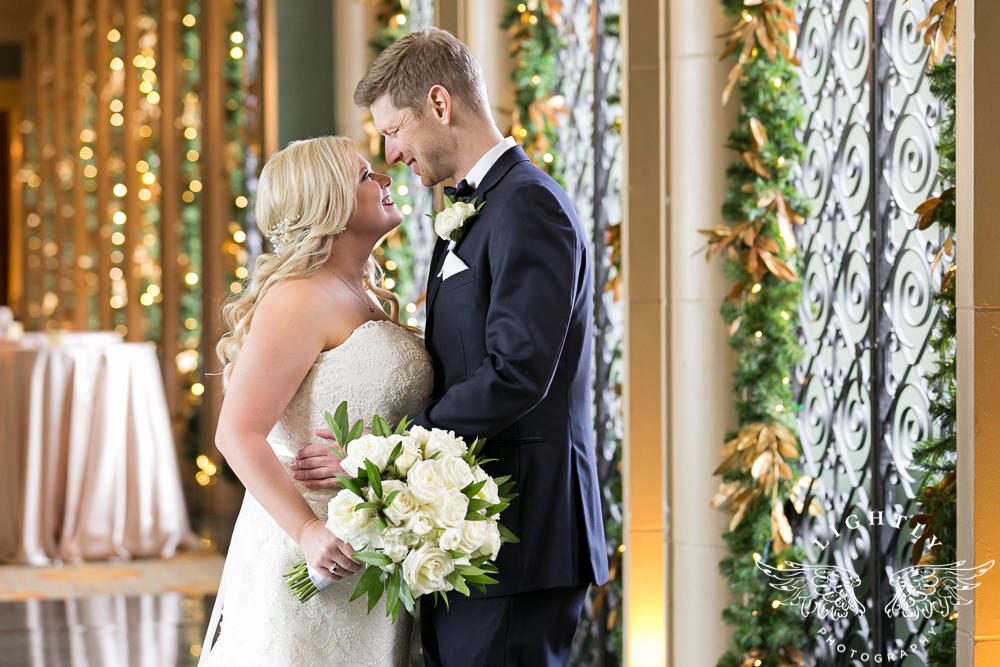 After knowing each other most of their lives, Alexis and Jesse are finally married!

“Jesse and I have been together for two and half years, however I have known him since I was six. I met Jesse as a child when he moved in with my aunt to finish high school. It was not until three years ago when really reconnected when we were both in my cousin’s wedding. That night we talked all night at the rehearsal dinner and then went for drinks later which then lead to dancing all night long at a wedding the following day. Jesse and I dated a month before we became official, but that was easy because we were already attached at the hip.” – Alexis

I mean, talk about a fairy tale right there!  Alexis and Jesse were married at Good Shepherd Catholic Church in Colleyville.  The entire ceremony they kept stealing little glances at each other and just did not stop smiling.  I loved getting to know these two and having the opportunity to capture all of the joy of the day.  Check out my favorites from their ceremony!

Alexis + Jesse | Wedding Reception at The Fort Worth Club

You know that urge to flood people's feeds with yo

Wedding day tip? ⁠ ⁠ Take time to be together,

We're over here giddy that it's PSL season, and th

One of our favorite non-traditional wedding moment

Is it Sweater Weather yet? Not asking for a friend